Olle 17 becomes increasingly urban as you get closer to the end in downtown Jeju City. Much of the initial stretch follows the course of deep, rocky river bed, but once the route hits the coast and turns eastwards, the rural landscape gradually gives way to the city. The trail also passes under the flight path of the airport, and planes pass overhead every few minutes as they approach the runway.

It’s still an interesting walk, nevertheless, following the coast with its black, volcanic rocks. I spotted the cloths in the photo below at one point, pinned to the grass. This is the material from which local clothes are traditionally made, and they get their colour from the persimmon dye that’s used.

Jeju City is not the most attractive city I’ve been to, but the Olle route is carefully planned to make the most if it. You pass stretches of wall on quiet side roads with paintings of traditional Jeju life before turning for the market, which is always good for some unusual sights and ripe smells. 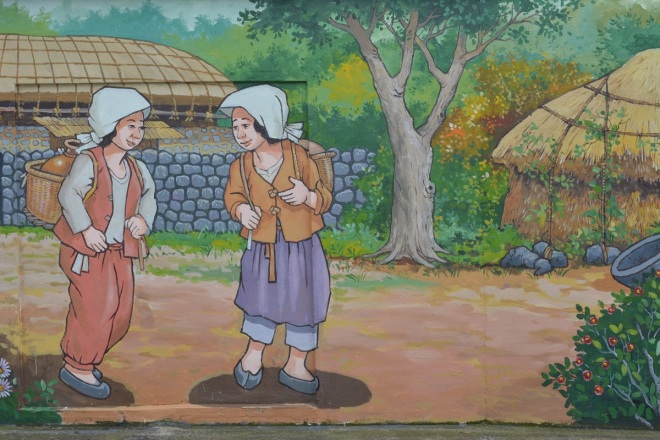 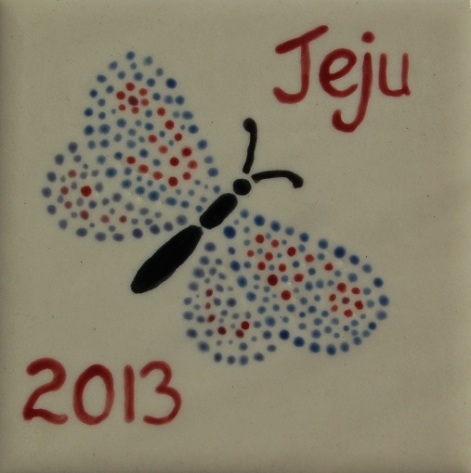